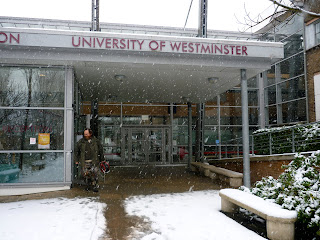 The Harrow Campus of the University of Westminster was shut today due to heavy snow throughout the whole day.


The campus located in the northwest of London  was functioning during the morning but had to close around 12pm because of the heavy snow announced for the day.

Students were asked to leave in the middle of their classes ensuring they go back home before the whole area shuts down including the transportations.

Many schools and businesses were shut today in the area and are likely to remain closed Thursday said the Harrow Times Online newspaper. 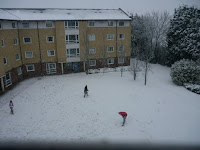 Despite the disruption of classes and work, many students were out enjoying a Snow day, playing and creating snowmen.


This is the coldest winter the UK has faced says an article published by the Guardian.

The BBC and the Daily Telegraph also refer to it as the longest cold snap for almost 30 years.
Media reports many road disruption for cars, but also airports closing down and flights cancelled or delayed.


Some hospitals have been forced to suspend their operations says the Daily Telegraph article while others implemented emergency plans to deal with the severe conditions.


Stephen Davenport Senior meteorologist at MeteoGroup was quoted in the Guardian saying "the way the conditions are set at the moment I think the cold weather is not going to change for some time."


Striking Temperatures around the Globe 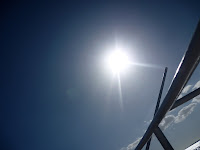 People on one side of the globe are struggling through icy conditions while others are lying down on the beach struggling with sunburns.