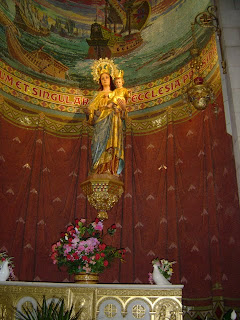 The recent violent clashes between Muslims and Christian Copts in Egypt are an embarrassment to all of us Egyptians.

With the killings of 6 Copts on Christmas's eve, it is very sad to see that the spread of the idea that Christians and Muslims cannot coexist is present in our society.

I have seen two bad reasons that have been attributed to this mounting of violence :

The police is also widely criticized for not acting when these kinds of incidents happen.

In a video on the Guardian newspaper's website, while the shooting was occurring I heard a man screaming "the police are watching and not doing anything!".

Those are definitely not valid reasons for killing innocents. Is this hatred between the two religious groups in the name of God?

"There can be no violence in the name of God." Pope Benedict XVI is right it does not make any sense to me that hatred is spread for religious motives.

Copts in Egypt are a minority, they make around 10% of the population who is mainly Muslim.

The truth is that as a minority, they are treated in a marginalized way with a lot of their rights being baffled. A very important problem in the society is the conversion from Muslim to Christian and carrying a Christian ID.

I find if very hard to understand why in Egypt our religion is written on our identification cards. It is just plain discrimination.

Those ID cards are just contributing to the split of our society. Many places do not employ Christians or employ only Christians and no Muslims.

Recently when I was with a friend in the car at a traffic checkpoint the officer stopped us for the usual check of the car's license.

After checking my friend's ID and of course seeing that he was Muslim, the officer told him "I stopped you because I thought you were Christians" and laughed.


What does this say about our Egypt? When are we going to stop thinking in such a medieval way?

How can we have such double standards. I can't stop but think of how Muslim reacted  to the Swiss ban of Minarets or even to the Prophet's cartoons incident.

We become angry and say that we Muslims are being discriminated against and called terrorist in the world when we do exactly the same with other religions.

When we will stop preventing Christians and any other religions from practicing in Egypt, and stop thinking that being Nazis is good because Jews deserve to die, this is when it will make sense to speak up against Islamophobia.

Until then, we should shut up and  try to learn the concept of "Practice what you preach".

Like you, I come from a country which has one main religion. Mine's christianity,and although it is not included with our personal details on our ID card, it is enshrined in our constitution. I perfectly agree with you, that such identifications act only as means of further disctinction between religions. And it is not just violence which should shake us up to react. Although nowadays christians do not employ violence as the main means to discriminate, it makes their deeds no less shameful. I think the main problem is fanaticism. Unfortunately, the latter frequently overrides the real principles behind any religion, be it islam, judaism, chrisitanity or any other religion. If muslims are critisised because nowadays some of them terrorise others in the name of God, so did christins centuries ago. They terrorised anyone who had different beliefs as they were regarded as pagans. Hitler himself perecuted jews, and although he veered away from roman catholicism, he practiced christianity.

"When we blindly adopt a religion, a political system, a literary dogma, we become automatons. We cease to grow." - Anais Nin