Only in Egypt: Funny anecdotes

In Egypt, a lot of unusual situations may happen to you and be striking if you are not used to this country's way of functioning: The Egybtian way!

As tourism is one of the most important sources of income for the country, many work in the industry and for that, a strong command of languages is a must especially in touristic areas. 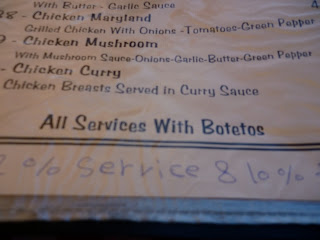 English is the most popular language in Egypt and many Egyptians do know how to speak it but might struggle a lot with pronunciation and especially spellings.

The funny thing is to find those mistakes in the most touristic places of the country like this picture of a restaurant's menu.

Although the food was delicious the first impression was not promising.

See, in Egypt the pronounciation is slightly different than the normal English 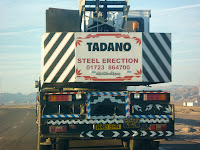 The President and the Traffic
Everyone should know that the Egyptian president, Hosni Mubarak plays a very special role in the functioning of traffic.

If by unfortunate circumstances you end up in one of the major roads of Cairo and apparently Sharm El Sheikh as well, do not worry if the traffic suddenly stops from one side : Mubarak has something to do with it. 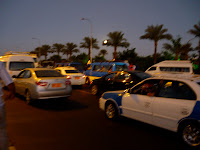 Yes, in Egypt, when the president decides to move around, the roads are closed before he even gets ready to move until he comes through.

You can be stuck in the traffic for more than an hour and if you are walking in the streets you will not be able to move unless the President has passed.

Speeding Tickets
In many developing countries money speaks louder than anything else. Bribery is always a must if you want to get away with endless bureaucratic procedures or get away with anything.

Recently, traffic laws have changed in Egypt and if your caught crossing the speed limit you will get a speeding ticket and pay the fine like every one else.

But what happens when the officer's checkbook has no paper anymore?

He will just tell the officers to let everyone go through the traffic checkpoint without being stopped for speeding.

There are always solutions for everything and this is the Egybtian way of life!